The Memory Palace technique, originally devised by the Greek poet Simonides (556 – 468 BC) has been used to great success to quickly and easily commit enormous amounts of facts, faces and numbers to memory. The method works by leveraging the strength of visualization and spatial memory to first vividly visualize the items to be memorized and then mentally putting them along an imagined route.

A training tool that allows the user to practice the concepts behind the ‘Memory Palace’ utilizing spatial cognition and visual memory. Users are transported into a virtual memory palace where they traverse along a pre-determined route placing objects on platforms within different rooms of the 'palace'. Once the user has finished they can test their memory through a 3D UI that responds to voice recognition. For each object the user gets correct they receive a point allowing them to track their progress and challenge other people.

We built the application for the DayDream specifically because we wanted to utilize a platform that could reach as many people as we could but also take advantage of the 3DOF controller which makes navigating and placing objects around a 3D environment possible on mobile that wasn't previous.

We ran into a lot of issues trying to use and learn the DayDream device, specifically trying to get the controller emulator to work. We also had issues trying to integrate the main game level with the voice recognition test level. We also ran into issues getting the Movie mesh to work in android, the opening video we created that would function as the on-boarding video to the experience is attached in the video link.

Our core goal was to create a virtual reality product that can statistically demonstrate value to the end user. We believe that in order for the VR industry to truely reach it's potential we need to engage users outside of the gaming industry and with this application we feel we can do that by tapping into the human well being industry. We conducted several rounds of user research and testing, establishing a baseline to test our application against. One of the things we're most proud of was applying design thinking and a research driven development approach to VR. You can see our findings here: https://www.dropbox.com/s/jszpr6nmnjdwm1u/VR-Memory-Palace%20-%20V3.pdf?dl=1

What's next for The Virtual Memory Palace

Expand the content into different verticals and industries so users can have multiple different Virtual Memory Palaces and practice learning specific items related to languages, professions, etc. This could potentially expand into a market place where content creators can design their own Memory Palaces and objects to them sell to the community

The vertical category in which you are competing 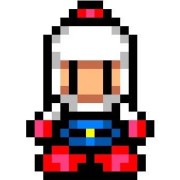