We really wanted to try making a full stack application and learn along the way. While that didnt work out, planning it out and still having a good end result was satisfying and still learned quite a lot!

Allows for a template CSV input with the result being a interactive plotly chart which shows the overall profit/loss over a given time of purchases.

Plotly, Python, GitHub, a hope and a prayer.

It works, after so many hours, it works. Also it looks really cool as someone could put in their finances and track overall spending and income over a long period of time.

Django is cool, but requires some finesse for beginners. Python is a great time with a bunch of awesome libraries that never have quite enough instructions to make the first time smooth going.

What's next for The Three Budgeteers

Hopefully will be able to expand this into Django later on, but for now expanding the app to be able to set budgets, have a guided form, and to be able to make models and predictions based of given factors. 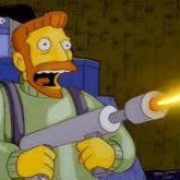