Everyone has at one point in time pretended to be Darth Vader. Whether it be to grab the coke across the room or fight intergalactic aliens in your living room; we all want to use the force. So, instead of pretending, why not make it a possibility?

Using almost any camera, I can track the location of parts of my body (hands/fingers, legs, head, eyes/pupils, etc). From here, I export the x and y coordinates to a txt file. This can then be read by numerous programs to achieve certain tasks. So if I raise my hand up, an army of quad-copters could fly up while my computer starts to play "We are the Champions"!

Using python and some plugins to read video files, I took the color value of every pixel in every image of the live feed and placed it into an array. Since the color value can tell you how dark or light the pixel is through a number, the program could see basic shapes depending on if the surrounding colors were of similar value. From here I can start to draw lines based on drastic color differences and overall have a very accurate tracking system. I mean really exact. Like better than XBox One Kinect exact (keep in mind the program uses a 10 dollar laptop camera). From here I told the program to track motion and thus allowing it to see my hands. With more time I can use the tracking system to do about anything; get pizza, play music, control a drone, etc.

Often times the plugins didn't work. I literally tried everything to make them work. For example, after spending at least 5 hours on an error I installed an entire Linux distribution on my machine to see if windows was causing the issue. I also had other issues like the camera not being compatible.

I created a tracking system better than Microsoft's in 2-3 days. If that's not crazy I don't know what is.

I learned a crazy amount of how broken open-source projects are. But in total, the experience was definitely worth it!

What's next for The Star Wars Initiative

To have drones fly depending on certain hand formations. 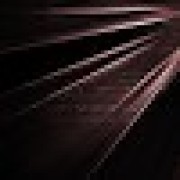