I particular focused on MarsLife's comments that he wanted to "find ways to activate new viewers". Many streamers I talked to have panel descriptions that talk about who they are and what they do, but they found that new viewers often don't scroll down and read that extra comment and so are slow to learn what they do and what their streams are about.

The Rundown is an Twitch overlay extension that detects if a viewer has never been to a stream before, and if so, it shows a streamer-configured overlay that helps new viewers learn what the stream community is all about. Streamers can choose from up to three categories that help them present their stream, including:

That way, the streamer decides what the most important aspect of their community is, and gives new viewers all the information they need to quickly become an active member in their community

My original plan for the "clips" section was that the streamer could choose two clips that they thought were particularly representative of their stream/community and provide links to those clips, but I was well into the "clips" section when I found out that overlay extensions don't allow links. Luckily I was able to hack together a solution in which the link to the clip could at least be copied to the clipboard

I'm actually most proud of the time I spent BEFORE building, talking to streamers and learning about what it is they'd really like to show new viewers. It made The Rundown infinitely better

What's next for The Rundown

The Rundown was built in a modular way, so that new section types can be added as streamers come up with new ways they'd like to introduce new viewers to their stream and community.

I'd also like to expanded the ability for streamers to visually customize The Rundown, such as changing the primary color or adding custom background, so the extension fits better into their brand and visual identity. 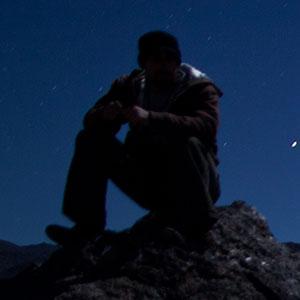