A part of being college students is engrossing yourself into the gaming culture in the hostels. All of us are hardcore gamers and avid fans of fantasies like Game of Thrones and Harry Potter. We always had an urge to create a fantasy based game, and then opportunity presented itself in the form of this Hackathon. So we seized the chance to make something special.

This skill transports the player to medieval Russia, where the Tsars assume all powers. The Tsar princess, lovingly known as Tsarevna, has been shielded from the world, since nobody is supposed to match her wit and beauty. Her name is cursed into oblivion, and those who knew the "sacred name" have either been brainwashed or "conveniently removed". It is upto you, to recover the sacred name, and save the princess from her agony. Solve riddles posed by riddlers, help civilians to gain specific favors, fight monsters and cave spirits, open locks that have explosive tendencies, to finally reach the princess, she-who's-name-is-not-to-be-spoken! Keep your eyes and ears open for clues all the time, someone may slip you a clue that helps you later! This game is supposed to be a timed challenge (needs to be completed in one sitting), and players battle it out to get to the princess in time.

We first came up with a prototype script. After some polish we began to develop the visuals using Photoshop. The different voices we used were part of Amazon Polly along with SSML which was integrated with VoiceFlow, a storyline tool which helped us engineer the flow of the story. Finally we began integrating the APL documents with VoiceFlow technology to perfect our mutli-modular Alexa skill.

One of the foremost challenges we faced was that the team was actually scattered in different locations. Along with the challenge of not being able to collaborate properly, we were also working. So time management became an issue. On a technical aspect, developing multi modular skill was something new. We had to work together as team and go through documentation to understand how to proceed. All the stuff a beginner faces when starting something new.

The realistic sounding sound effects, and the stunning visual cues that go along with it. But the most we feel proud of is the way the story materialized. Not to boast, but we managed to create something special. It is filled with twists and turns, and some real tear jerking moments.

Currently we are in a phase of our life where we are just breaching into the real world. We are consumed by a thirst to learn more. Carve our names anywhere possible. This hackathon helped us quench this thirst for knowledge. We gained incredible insight into how the Multi Modular approached how. How visuals and sounds meld together to form a perfect symphony in the form of this story.

What's next for The Princess Trail

Due to a time constraint and prevailing academic and professional preoccupations, we were only able to incorporate 3 rounds of quests, but the story has a lot of potential, and we aim to develop it further. We hope that the player gets an immersive experience that we hoped to achieve. 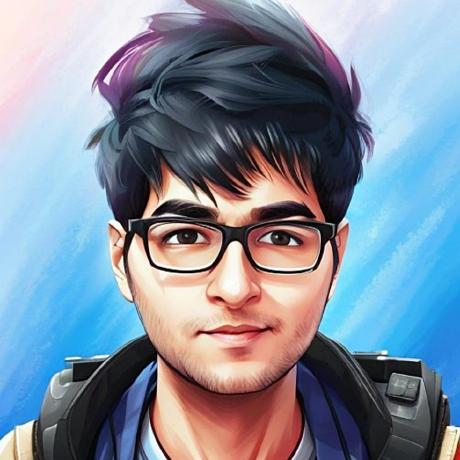