My daily "Where are people working" facebook message spam

The back end crawls the lab computers, interrogating them using who and finger, then collects the data in Redis. The front end allows students to see where machines are free, and where users they're friends with are working.

People to pay to reserve a computer, marking it as 'Unavailable' on the map. (Using Braintree's sandbox)

LDAP authentication, and running a ton of SSH sessions at the same time.

What's next for The Marauder's App

(Unfortunately we're keeping this behind a firewall, because data protection and stuff.) 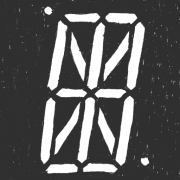 Still going strong at https://mapp.tardis.ed.ac.uk/about, we've made some significant UI and security improvements, as well as gaining a couple extra contributors.