In our childhood, we loved to play Super Mario. We were fascinated by how we could control the little guy using some buttons. This was our biggest inspiration. In college, we started learning game development because we wanted to do something different than others. The idea for this game came to us after watching a lot of science fiction movies that have world ending scenarios caused due to humanities greed (like Interstellar, War of Worlds, etc). The message of the game is that we should strive to protect our Earth because it is our home and if it gets ruined, we are the only ones who will suffer.

A mad scientist has almost destroyed the Earth using his newly discovered anti-matter weapon because he hates humanity for ruining the planet. He accidentally opens a wormhole which unleashes a hoard of creatures beyond our imagination. Our mission is to kill these monsters and stop the scientist from his further plans.

We first started building the game using WebGL. We then shifted to the WebGL library Babylonjs. First we created the Game Logic. Then we created the environment of the game. After that we fixed the gameplay. Then we imported textures and models. Finally, we decided the control flow.

The WebGL API was very difficult as we aren't expert at programming. So, we started searching for libraries which could make our task easier. Finally, we settled on Babylonjs after testing various libraries. Babylonjs doesn't have a very big developer community so it was a bit difficult to look for tutorials and resources. But the community was very helpful to us and guided us throughout our journey. Our next obstacle was of getting models for our game. Because of the time limit we couldn't afford to spend time to learn softwares like Blender so we decided to import models from Sketchfab.

After working day and night for weeks on the Game, the satisfaction that we got after its completion is really worth it. We didn't expect to make it this far. We are more than happy that we managed to complete the game. We loved to see our vision come to life and will try to improve the game in the future.

We learned how difficult and exciting it is to develop an application of your own. We learned new skills like WebGL, JavaScript, OOP, algorithms, etc. The most important skill that we learned was team work. We also learned that patience, time management, stress handling, etc. are some of the most important traits a good developer should have.

What's next for The Knight Of Apocalypse

Actually, we are making a sequel of the game which will continue the story. We plan to add more gaming elements like health pickups, ammo, keys, map, etc. We are also thinking of adding a VR mode to the game so the experience is more enjoyable. 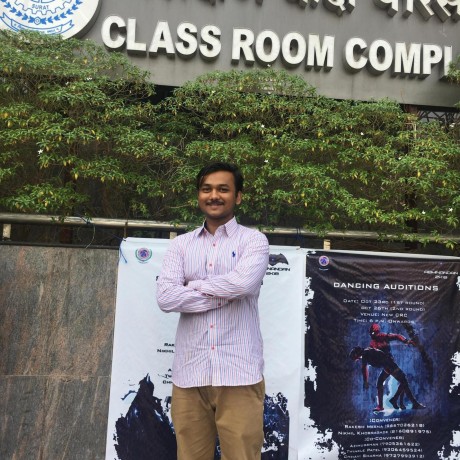