The Housewives Test, is a game skill aimed at fans of the Real Housewives television series. By invoking the game with "Alexa, play The Housewives Test", the user will be led directly into gameplay where they are tested on their knowledge of the Real Housewives series by asking them to match cast members with phrases they are famous for. Successful answers will increase the players social status by earning followers. For every five correct answers players are rewarded with a new "status" and gameplay gradually gets more challenging. Players will also, collect a special bonus every time they get three consecutive correct answers.

By default The Housewives Test randomly asks questions about seven of the most popular Real Housewives franchises. But, because most fans only are familiar with one or a few of theses franchises, I have added a one-time purchase option, the Platinum Passport, that give the player the ability to select the locations want to be tested on. For example, if you are a fan of the New York and New Jersey franchises, you can choose to be tested on only those episodes and not the five other locations, which you may not be familiar with. The Platinum Passport is offered every third visit unless it is already owned. It is also offered after a series of wrong answers. In addition, purchasing can be accessed anytime by simply asking to "Buy Platinum Passport".

The Housewives Test was built in Node.JS using the ASK-CLI, it uses Polly Voices, and Dynamo DB, S3, and of course ISP.

This was my first time digging into coding a fully fleshed out ISP experience and I made a lot of small first time mistakes, that are part of the process of learning anything new. Until I went to through the process I was not aware of all the requirements required to pass the ISP portion of certification.

I really tried to make the responses vary and change, to make the gameplay more engaging and the experience less repetitive.

The biggest thing I learned creating The Housewives Test is that more time spent on planning at the outset, would have saved a lot of time on development. I also was reminded of the need to keep bringing things under control. The temptation for feature-creep can eat away at your time and not always benefit the final product. The other big thing I took away from developing this Skill was sharpening and becoming more confident in my debugging skill. I feel I have become a lot more proficient and hunting down errors and bugs.

What's next for The Housewives Test

There is lots of room for this skill to grow, adding an APL interface is a natural progression. I would like to spend some time enhancing the sound effects and music as. I also have several ideas for additional challenges, and mini-games, I'd like to incorporate once I have time to execute them. 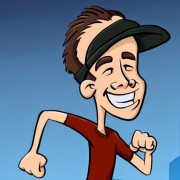