Do kids know color is the grass outside? Is it green? With how much time many of them spend on their phones, they might not! This app allows a parent, teacher, or guardian to moderate the usage (more formally as blocking apps) of technology within a Bluetooth beacon, preventing apps from being used within a small area (like a bedroom or kitchen table) to an entire house.

We built two separate apps, one that monitors applications on the user's phone while the second app is an "admin" app that regulates which apps are blocked (and at what locations). These two apps communicate using a Firebase server, sending periodically updates on changes to which apps to block/allow.

The monitoring app simply scans routinely to check which apps are being used. If a block app is discovered, a "friendly" blocker appears notifying the user that the app is blocked. The user can't get rid of the the blocking window easily.

The admin app provides an easy layout to manage multiple different users (allowing Mom to block certain apps for her teenager while blocking others for the toddler). Any changes to which apps are blocked appear on the corresponding user's phone in real-time - no access to the phone is needed.

The primary challenge we discovered was creating the application blocker. Google has made it quite tough to create apps that can impede an Android user, which this app unfortunately fell under (although for a good cause). After hours of researching, we were finally able to find a solution that allowed an app to monitor and block other Android apps.

We are most proud of how much progress we were able to make in such a short time using the Android platform, which neither of us had delved into in detail prior to this project.

What's next for The Grass Is Green

We plan to improve the user interface further for both apps. Also, we intend to add WiFi and GPS support. WiFi support would prevent users from using the app when in range of a certain WiFi (like a home network), trading lower battery costs for less portability and making blocking apps within a home even easier. GPS would allow The Grass Is Green to block app usage within restaurants, parks, and other locations allowing for parents to feel at ease letting their child bring their phone to the park or at a formal dining place. 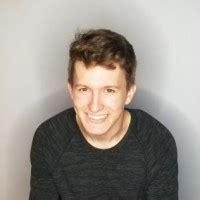