Milestone 4: I do not seem to be able to update my URL to send my final APK !!! I'm going to post a link to it via the link that has stuck (i.e.http://www.imnh.org) You can download it from there along with my new promo video.

The Curator brings wonders and curiosities from the natural world for your viewing pleasure dear visitor. The miniature, the mundane and the the marvellous will be transformed and brought to life in fantastical detail. You’ll see things in ways that you’ve never seen them before.

The Curator’s museum will have three themes and you’ll have three rooms to explore - Animal, Vegetable and Mineral. Your exploration and education within the museum begins as soon as you step through one of the three doors. Talk to The Curator and then let Humphries guide you along whichever path you decide to follow. Listen to The Curator’s plans for a much larger Infinite Museum of Natural History.

Remember that once you have stepped through any one of the doors you’re then within the realm of The Curator where things are a little different from the real world and often larger than life. Some of the things you will see will amaze you, others might scare you and some might even make you cry little as you wonder in awe at the beauty of nature.

Learn things you never knew before as you make your way through the rooms. You’ll have the opportunity to explore and view some of the most amazing exhibits in exquisite detail brought up close before your very eyes.

At first it seemed like it couldn’t be done - mobile appeared to be too slow for my 3D scans. But with some experimentation the almost impossible now seems possible!

For the last year I’ve been perfecting an automated and, I think, unique scanning technique for scanning small things using photogrammetry. I’ve built hardware and software for this purpose and connected it to the cloud for faster processing. VR was the catalyst for my journey. A year ago I knew nothing about 3D scanning and little more about VR. Last year was dominated by the scanning and this year I want the fruits of that labour to filter into this VR project and beyond.

Through some optimisation and a couple of tests it appears that the real world scans I’ve been working on can be brought in to Gear VR and I’m happy to report that they look amazing and perform well. The Gear VR tests I’ve done produced the most life like VR experience I have had yet on any HMD. A lot of this is down to the resolution advantage of the Note 4 when compared to DK2. Update: Milestone 4- I do not seem to be able to get my APK link to take here at challenge post and so I am going to put the link here instead:

The museum will use some smart game dynamics to ensure that only one exhibit will be within the users field of view at any time. I believe this gives 50k-ish+ polygons to play with whilst still maintaining 60fps in UE4.

I’m certain you’ll be wowed by this simple concept. Take a look at the storyboards and photos to understand how I'll bring these very detailed 3D scans into an enjoyable Gear VR experience.

Scope is likely to be cut back for the first version due to time constraints and ISP woes. The guide 'Humphries' will have to be dropped or if there is time become a disembodied voice and it's likely that the gaze based navigation system will go too. To be replaced with default controller or on-rails system of navigation instead. 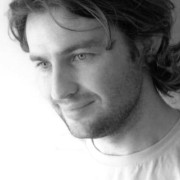