We were inspired to learn how to use augmented reality in a video game application. We wanted the user to feel bigger and empowered because many are bullied in their childhoods.

What can the user do?

In our game, the player is a giant monster-like godzilla and gets to destroy a city.

How our game was built.

We built our game using Unity3d, C#, and exported our game on the Universal Windows Platform (UWP) with XR support. We sent each build over the network to the HoloLens to test different features.

Developing for the HoloLens was hazardous and time consuming when it came to mapping out different space. Also, Unity3d has a different startup time than the HoloLens. ALSO! Microsoft HoloLens projects cannot be developed on Mac/Linux machines.

Accomplishments we are proud of!

We figured out how to place objects on the environment and spatially map out terrain. This was a huge step in our project.

We actually felt like godzilla and we never gave up on this vision.

What's next for The Bigger You

We are going to continue using what we learned to build a greater and even BIGGER augmented reality project for senior design (EECS 582). 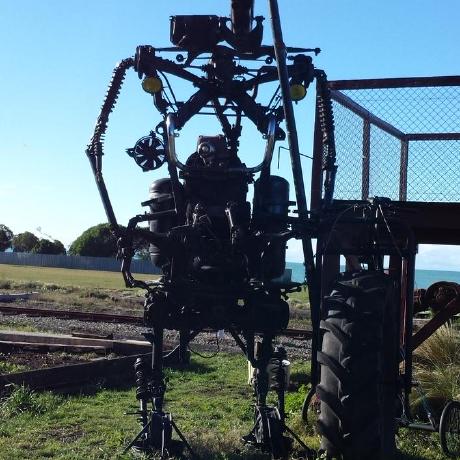