We were inspired to create a text-based adventure story similar to Galatea. Originally, we planned a first-person shooter for stress relief, but with limited time and limited knowledge, we instead went for languages we were more comfortable in and concepts we weren't. Other members of our group were also interested in creating small arcade games for a 3D maze and 3D online block stacker. Ultimately, creating a variety of games led to the idea of combining all three aspects into a single website platform, similar to CoolMathGames, to allow the user to play what they like, and resulted in a series of games to explore. We decided to name the project The Artefact Curse both in regards to internet artefacts (i.e., buggy code, leftover visuals, old flash game websites) and the fact that, since there are only three games on this website, the project is very much cursed. Plus, it ties into one of the games, itself, so! :D

The Artefact Curse is a series of games for the user to select and play. The Artifact's Curse, for instance, plays as a choose-your-own adventure interactive story. Players are able to decide what they focus on or what they do through inputting a value from a selection of choices and getting a returned blurb as output. The further the player gets, the longer the story runs, and the more likely the player will have a decent end. The arcade games, meanwhile, function as an online stacker game and a 3D maze, respectively, for players to navigate through.

We designed this project using the front-end web development through Repl.it using HTML and CSS. The back-end involves such things as reading and writing a text file into choices for the player to make for the text-based adventure, or to create collisions and random asset setups for the maze, via Java and JavaScript. We are hosting everything on Repl.it, GitHub, and, at one point, on p5 Editor, with the p5.play.js Libraries. Some of these have become obsolete, but hosting our text files on Google Drive is still par for the course.

Some challenges we ran into over the course of this project included not being able to find teammates for a good while. Another was changing our minds midway on which project to focus on and build halfway, after the initial choice of a Unity 3D First-Person Shooter became too complicated for the beginners of our group. Lack of communication or responses further led to half the team abandoning the project, and the remainder of the team picking up other stragglers to work on the project later down the road. In the end, to accommodate everyone's existing work and showcase what's been completed, we combined several of our projects into one giant gallery of games.

The team is proud of having been able to merge and combine our smaller, separate projects into a cohesive whole, as well as to work together last-minute to bring part of our goals into reality. Although our vision and expectations were far greater than what we managed to accomplish in such a short time frame, what we do have is a functioning prototype to future work we can focus on.

We learned how to set up branching storylines via reading and writing data from a file into the program. Additionally, we learned how to build a game stack online, as well as how to set up a 3D maze. The design and integration of different projects has been particularly challenging, as has the hard lesson that we must give ourselves time to plan and create a project. Nevertheless, this hackathon has been a learning experience, and was enjoyable, as a result.

What's Next for The Artefact Curse: An Arcade Game Experience

The team plans on expanding the text-based adventure to include more story paths, more choices, and more detail so the game doesn't end quite so soon. Similarly, in regards to the overall website, the team plans on building more games to incorporate and display on the home page, and more fun visuals to keep the site as interactive as possible. 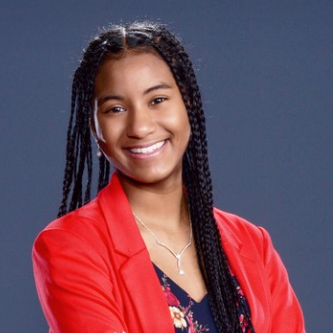