Our big goal this weekend was solving a problem while also trying to learn as much as possible. No one on the team had experience with Microsoft's Azure, and while doing research in the early hours of the hackathon, we couldn't help ourselves and had to work with the vast library that Microsoft offers.

I (Andrew) come from a small town in south west Ontario, recently there have been quite a few break-ins at different trades businesses. The thief's were after tools and made off with an estimated $200,000 in equipment over eight heists. This is not even the first time it's happened, but when I saw the Azure's Vision capabilities, I knew that we could make something that would help people protect their small businesses.

AGP finds if a vehicle was stolen while it was locked at night. It's locked from a users phone. It's a proof of concept that we can do this with anything the owner finds valuable. If something was stolen, it pings the owners phone.

We used Azure's computer vision API, when we run an image through it, it will detect whether a car is present. We check to see if the 'car' value is present so we can talk action. If the car is no longer detected, a post request is sent to the google cloud API, that API sends it to the IoT(azure) which then distributes it to any device connected. It was all built on Intel Processors.

In saying this all, we learned a stupid amount of things this weekend specifically because of all the problems we ran into and I really hop

It'd be easier to list the ones we didn't run into it. Since none of us knew Azure, we had to read every piece of documentation of things that we wanted to touch, and when we did that, it rarely went right. Getting things set up with IoT took the full 36, just because again, we were using a service none of us had used and no one had experience using IoT. Then we had the app that was refusing to communicate most of Saturday morning. It was a rough go, tons of fun though.

The current solution for this is hope you get an OK shot of his face if the owner has cameras at all, we're offering a solution that people can believe in, and that's what this is all about, making solutions that help people.

Personally, I'm proud of how we worked as a team, none of us knew each other and we all immediately meshed really well, I'm not sure without this that we could have got this done. Another team member exclusively used the Google Cloud but since none of us had ever tried Azure, he was the one who said lets do it and he took to it like a fish to water. Omar took his cup stacking game to a new level, and similarly improved his skill set picking up Flutter on Saturday night to help debug a crucial part of our program. One of our team members integrated front end with back end, which is a huge step for him as a programmer.

And I mean.. ArrestTheGuestPest.com is a pretty killer domain name.

We all got very close to Azure! While we were laying the finishing touches, we were talking about some interesting use cases that we could do, it gets pretty deep. We also learned how to interact with Arduino! I know personally, we were looking at integrating Interac into our project, so I learned how to use their API.

What's next for The Arrest of the Guest Pest!

Big thing for us is building another version that can do the analyzes in real time. In terms of a business plan, we would like to partner with companies already producing security cameras so we could install our software on their units. We would also like to partner with Police Stations so we can offer instant response to break ins at local businesses. Lastly, we'd like to build our application into a mobile app so you can turn any device into a security camera! 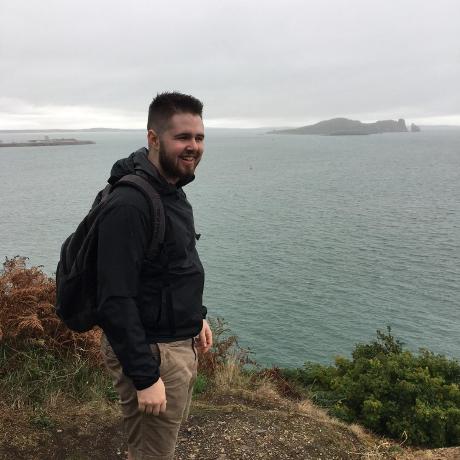