Indigenous languages are rapidly disappearing; every two weeks, languages are being lost by rapid modernization and globalization. Ultimately, many languages will die with the last-standing speaker no matter what we do, so our hope is to use technology to save these indigenous languages from total extinction. We plan to preserve these languages by capturing utterances and mapping words to real world objects, implementing micro-rewards to motivate indigenous people to record their voices and stories. By creating this dataset we lay the foundation for current and future technologists and activists to use this information and save their history from being forgotten.

It's a fusion of flappy bird and Google Chrome's "not connected" dinosaur game, but now players must speak into their microphones to get the bird to go over obstacles. We use different images as obstacles, so the player is prompted to use their indigenous language to name the obstacle. The microphone records the player doing so and saves it for future use. It also associates the sound file and the prompting image so future researchers have a base from which to reconstruct languages.

At the start, only two of our five members knew how to develop applications for web browsers, so they needed to guide the other members in the technical portion of the project. We also ran into issues integrating the two open-source bases with our existing knowledge to get the game to function. Game design presented a challenge - how can we make it fun to record samples of the player? How can we adapt pre-existing projects to meet our needs? We ended up simplifying the design to open the game up to as many different languages as possible. There were also the many inevitable issues dealing with resource loading, and microphone access and data collection.

We manged to combine two separate open-source projects and add quite a bit of beauty to the project.

We learned a great deal about the challenges associated with collecting data on threatened languages and cultures - it is not as simple as paying the remaining populations to share their story, as that will ultimately hasten the end of the cultures that we are trying to save and study. We all also got more valuable practice working on a multi-cultural team, which is a skill that is growing ever more important in the global job market.

What's next for Thazin

Next steps for developing this project include uploading samples to remote servers, and applying more advanced data coding for future use. 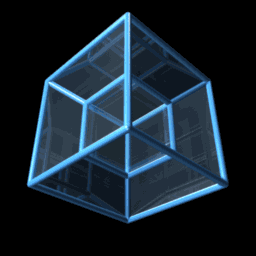