Bringing Netflix to the Server

A few hackathons ago some friends and I were watching the towel.blinkelights.nl ASCII Star Wars video and I thought, 'if you can watch a crappy text rendition of Star Wars through telnet, why couldn't you get all of Netflix in your terminal too?'

I was so sleep deprived at the time that somehow the thought didn't stick in my head. Several days later I had a flash of "original inspiration" which I was sure I'd never considered before, at least until the aforementioned friends convinced me that I was repeating myself.

After a rough start at YHack, I decided I was going to implement this idea. By the time I started it was already close to the deadline. It was a scramble to finish on time, but it came together in the end.

TextFLIX lets you watch Netflix in your text editor or terminal. It's perfect for elitist sysadmins and GUI-haters everywhere.

TeXTFLIX is more than just a Netflix client; it's actually a window into your browser. Using the Chrome screen-capture API, a custom Chrome Extension pipes frames to the server (a python script) through a WebSocket, where they are rendered as full ansi-colored text and sent out to all connected telnet clients. Technically it could be used for any website, but Netflix is a perfect use-case.

Made this thing in 5-ish hours while being sleep deprived. Didn't go home after previous project tanked.

Come to a hackathon prepared. Save your devpost submissions.

Allow connections via telnet. Implement as a vim plugin. Rewrite the server in Julia. 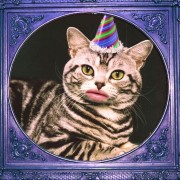