I was blown away when I first read "A Neural Algorithm of Artistic Style" and have wanted to build this app for a long time. But the original algorithm took 20+ minutes on high-end GPUs. Then "Perceptual Losses for Real-Time Style Transfer and Super-Resolution" dropped and I was yet again blown away, realizing style transfer could happen in real time.

Developed the ML and backend first, slowly SCPing images over the wire and waiting days for training time, then built out a RESTful interface using flask as the server which was then consumed by a frontend iOS app.

Hopefully we'll get this out to the app store to compete with Prisma :) 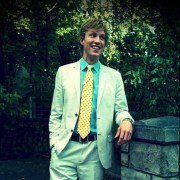