I've always enjoyed playing Minecraft since I was 10, but it wasn't until last year that I got Java edition (originally played on the Xbox 360). Guess what this meant? I could play with mods! Or better yet, I could also make my own mods! While I haven't made very many (one of them I'm still developing with a bit more features), I've learned a lot mainly from these 2 channels: TechnoVision and Harry Talks. It's thanks to them that I was able to learn how to mod. Besides that, I've always felt that it was inconvenient to make a new mod from scratch, as there's a lot that needs to be done. That's why I decided I would make a mod template, which I've described below.

This project serves as a template for modders to use, catering more specifically to beginner and intermediate modders. It saves them quite a lot of time from setting up the files necessary to create and register models for items, etc. It also works as a "functioning" mod, as I created example items that will show up in the game (as examples for the code necessary depending on the item, such as a block or a tool).

I made it on the Eclipse IDE, using the Java programming language (there's also quite a bit of Json, as well). Firstly, to start off with making a mod (with Forge, the main mod client for Minecraft Java), you're required to download a Forge MDK for the version of the game you are creating the mod for, which in my case is 1.12.2 (the most common version for mods). It's pretty bare-bones, though, as you have to create many other files to make sure your mod will actually be created and so that your items can be registered. After that, I decided on what to add to the template, which was mainly the basic stuff that new modders would try and create first (mainly utility items, blocks, tools, and armor), and got to work. It took a long time, but I was able to complete it.

The main challenge I faced was trying to debug render errors, in which the models/textures of my items wouldn't load. These fixes ranged from relatively simple to somewhat tough (in some cases, it was a small error in the file name or code, other times it was sections of code for the item contradicting each other). The Jsons were more difficult to deal with, too, not necessarily because you need a lot of code for them but because you Eclipse doesn't warn you about errors as much as it does for Java files (on top of the fact that I had to create a lot for each set of items, especially blocks, each of which require 3 separate Json files in different asset packages).

2 accomplishments I'm especially proud of (at the moment, regarding the mods I've created) are creating my own custom class for directional blocks and making my own mob (creature, or entity). In the case of the former, it was one of the challenges I struggled with the greatest (and I put all the code for the directional block only in one block instead of making a class for it), but once I figured it out, I created a class for directional blocks. For the latter, I'm still learning about making mobs, but I was able to make my own mobs with their own 3D models and AI.

There wasn't as much that I learned from making this specific project, but I did learn something. It's that there's actually a lot of effort that needs to be put in to making a mod. I'm surprised never really realized this before (I'm assuming it's since I usually make my mods over a somewhat "long" period of time), but it really did take quite a long time to set up all these relatively simple items. I also learned about uploading to GitHub using Git Bash after creating a new repository (I've done this before, but only with one of my other mods, and that was mostly with help). It's sort of difficult to get used to (especially if there's a difference in the number of commits on GitHub and locally), but I'm getting the hang of it.

What's next for "Template for Beginner/Intermediate Minecraft Modders"

I'm thinking I'll refine the template if I feel that there are more or less things that beginners or intermediate modders want to work on. I'm also thinking about releasing this online for people to use, since I haven't done so yet (after this hackathon is over). 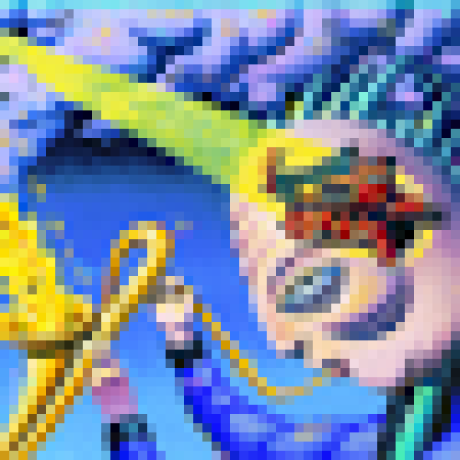