Ever since I started exercising regularly, I've found that my mental health and onsets of depression have become much less frequent. However, since the start of the circuit breaker, some of us and even myself have found ourselves feeling depressed from being isolated from our friends, our routines, being over-stimulated with noise in our homes or just fearing what is to emerge from this pandemic situation. It came as a random event, but one day I decided to "jio" some friends to exercise with me over zoom and after we exercised, we played the online game, skribbl.io. And I truly felt much better after the session!

It turns out that two very important events occurred during this process which helped to alleviate my mood. The first was exercise which triggers the body to produce a chemical, dopamine, which is associated with pleasure. The 2nd event that occurred was working with one another via the game skribbl.io which triggers the body to produce the chemical, oxytocin which creates our relationship bond and strengthens camaraderie.

So what I'm proposing does not require new technology because we already have the tools. What we lack is product vision of how to use the tools, and Im proposing that we could create an e-gym where series of fitness groups and art classes/workshops are hosted online via zoom, for a group of not more than 15 people per class. To ensure that these classes/workshops achieve the camaraderie as a group, these classes/workshops will not be streamed or recorded for future references, because the intention is to create intimate bonds between the instructors and participants during the session and not just be another video to watch.

To also generate a source of income for our instructors, I am proposing a credit system similar to which of Classpass. Each registrant will be given a certain amount of credits that they can use to sign up for classes, once the credits have been fully utilised, registrants can choose to top up credits to continue attending the programs. However, because we also know that this pandemic has taken away many jobs, instructors can give registrants the option to "pay as they wish" during this difficult time.

What's next for Telehealth to address mental wellness

To include audio and text translation features so that this can be further developed into an app to reach out to the blind and deaf community and even foreign workers that might not understand English. 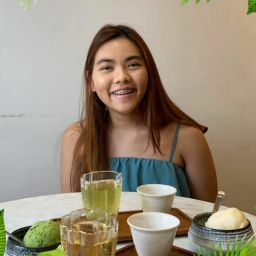