We wanted to get to know the diverse range of participants a little better. Since we didn't have time to talk to every person, we were inspired by the task to create a personalized recommendation for every person. Through the data, we learned a bit more about each person's background, their interests, experiences, and their hopes for the future. Along the way, we also deepened our understanding of NLP and search matching. Overall challenges we faced as a team included working remotely and synthesizing different coding styles together into a cohesive project. However, we had good communication throughout the competition which allowed us to work through any road bumps.

We started building the recommendation engine for participants - the heart of our project. There were many applicants from a broad variety of different schools, and creating dummy variables would become too complex. So, Arch decided to implement binary encoding instead. Cosine similarity was used instead of Euclidian distance as the latter suffers from the curse-of-dimensionality.

Dillon built the workshop search engine and data visualizations. The data visualizations were made with matplotlib. He used pandas to subset relevant data and calculate sums and pyplot to plot horizontal bar charts. As an extra treat, he changed the bar colors to the colors from the TD website. He was inspired by the sheer number of applicants and the diversity of their backgrounds. He felt that a lot of interesting things could be done with that kind of data. He learned a lot about NLP with Python and got a small taste of Streamlit. One of the challenges he faced was taking the knowledge he had from R and finding ways to translate it into Python. Another challenge was deciding when to stop fine-tuning. At around 1 AM, he suddenly came up with an idea on how I could use ML to drastically improve my search engine. Even though a mentor liked the idea, he realized it was unfeasible to complete it on time without completely sacrificing the data visualizations.

Michelle built the discord user matching feature to provide a more personalized website experience. As a an MIS major interested in a more CS-related career, she understood that while user stats were important, there was very little additional data on applicants, which created a one-dimensional feel to the website. As a result, she scraped the discord introductions channel for more user-generated content and used a word-vectorized approach to match user inputted text with discord users.

Larry built the front-end for the app and synethesized our work together into a Streamlit app. He learnt how to use streamlit, a great tool for fast prototyping data science products. Challenges he faced included learning to use the new tool and synthesizing all of our code to provide a smooth and integrated user experience. 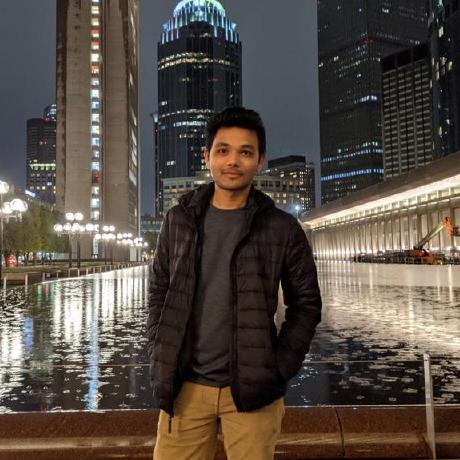