We like to have to have fun on our phones, and we think this is true in general for people our age. So it wasn't too big of a leap in logic for us to want to make a game. This passion for entertainment was propelled even further by the recent release of the Google Nearby API, which allows for local social experiences.

Tartan Tag is a laser tag-like game. You must try to scan the barcodes of your opponents while at the same time avoiding their attacks on you. You can join any game that is created locally with as many friends as you want. The first team to reach five points is the winner.

Funnily enough, only one of us had had any real experience in Android development before the fact. This made the hack as much a learning experience as a hacking experience. We muddled our way through multiple different barcode-reading APIs with different feature sets to determine what was best for our application. At first, we focused on the separate subsystems of the processes and getting familiar with the libraries. Only at the end did we manage to combine computer vision, nearby network communication, and a visually stunning app.

Learning to use the very new, month-old Google Nearby API was a challenge, especially considering that there was very little community support for the product. In general, integrating several APIs into a cohesive package was difficult. Debugging was a challenge to begin with, but it became much harder when we realized that our debugger had bugs of its own.

For four young adults unfamiliar with the world of Android development, creating a functional Android app was an achievement indeed. Getting the Nearby API to work was exhilarating, especially since we didn't think it worked at all. Above all else, we had some killer teamwork.

Apart from technological skills, we learned how to effectively collaborate towards a common goal. Not to mention, we created a final product that we would have been proud of even if we had worked on it for two months.

What's next for Tartan Tag

In the future, the barriers to entry for creating new apps and new experiences will be much lower. Look for us on the Google Play Store and at future hackathons. 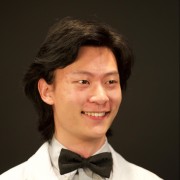