As hostile governments' ability to censor their population, the internet has become an increasingly more difficult place to communicate. Although software like Tor helps protect users and bypass censorship, this does little for the common user attempting to share their opinions and local news in their own way. With the Tails Management Platform, users can easily provision and manage a web server from Tails, all while maintaining their privacy.

The Tails Management Platform integrates with Tails by extending its ability to manage persistent data (something Tails does very frugally as it is designed to be run from a flash drive and leave no trace on the host computer) in a sense similar to how most people have different email addresses for work and personal use. In addition, it provides a follow along script to easily install a Tor Onion Service on a personal web server, allowing the user to easy and securely spread their ideas and opinions.

The persistent data management was modeled after Tails' own persistent data management set up, and written as a set of shell scripts to allow easy profile loading and saving from sd cards (or any external media device.) The Onion Service configuration script is a mixture of Ansible playbooks, roles, and shell scripts, all designed to allow easy user deployment while maintaining server and operator privacy.

The majority of our group was unfamiliar with Linux and Ansible. This led to a relatively steep learning curve, making the initial slow going and moderately boring.

What's next for Tails Management Platform

Potentially an entire rewrite and integration into a Tails ISO file. Although the platform is nice, the mixture of Ansible and Shell script for Onion Service provisioning could be better handled through managing Ansible modules though Python. The user management could more easily be bound to system processes (like the automounting of media sources and automatic provisioning of the Tails environment) through the integration of the Tails Management Platform with the ISO. 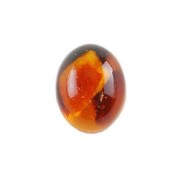