Our story is a twisty turny one. The origin of Sync2CRM goes back to another company I started and sold, The API Guys. A lot of the custom development work we did at The API Guys involved syncing data between Infusionsoft and another third party app.

Over time, we started to develop a syncing framework, so that we didn’t have to re-invent the wheel each time. That framework gradually became more and more sophisticated. But there were two events that caused it to take quantum leaps …

The first came when The API Guys was hired to sync all of the data, from the various systems, at a major West Coast university, with Infusionsoft. In order to handle that kind of massive volume, from so many different sources, our lead developer (now the lead dev at Sync2CRM) turned our framework into a full-fledged, proprietary sync engine.

When I sold The API Guys, I kept two things … my lead developer … and the sync engine.

Around that time, I was approached to partner on an idea … using our sync engine to sync Infusionsoft data to Facebook custom audiences. That joint venture was called SyncSumo.

Unfortunately, that joint venture did not work out. My partner and I have gone our separate ways. He kept the SyncSumo name. I kept the business … which I have renamed Sync2CRM.

In the meantime, we have continued to extend the sync engine itself, creating a world class architecture using the latest and greatest in technology. We are now ready and able to take on even more massive volumes of data and add new integrations very quickly.

You no longer have to upload and download .csv files. That means you can now create Facebook campaigns and scale them up automatically.

Sync2CRM automatically syncs over 2 million contacts each and every day, saving our users over 50,000 hours per day, so they can spend that time on higher value tasks ... .

With Sync2CRM, you can:

We started by releasing Minimum Viable Product in early November 2015. Once we saw that we had good product market fit, we began working on a more full featured, polished version (2.0) that we released in January.

In going from MVP to 2.0, we invested a great deal of time and money on the architecture and UI. We have three load balanced servers that, based on current load stats, could handle up to 150 million contacts at one time.

Its built on a custom PHP MVC framework and dynamic plugin system, which makes the application completely modular.

We also had the UI professionally designed to be sleek, sexy and easy to use.

Solving the problem above. Using a sweet little algorithm my lead dev came up with and the architecture we put together, we have made massive gains in the speed and number of contacts we can handle simultaneously without affecting performance of the user's app or having syncs conflict.

At the present time, we are syncing over 2 million contacts per day and could easily handle up to 150 million without adding any additional capacity.

Wow! Where to even begin ... never ask a developer for a date because they have absolutely no idea??? (Ha! Ha!)

No, seriously ... I think my biggest lesson personally has been in the application of Lean Startup and Development practices. This has been an exercise in discipline ... not building what I think is cool but what there is actually a proven market for is really hard.

Managing a distributed workforce ... I am in Aiken, South Carolina, where I live with my husband, two dogs and seven polo ponies. Our other team members are in the UK (Customer Champion), India (Lead Developer), Dubai (Developer) and Bulgaria (Frontend Developer). Plus, I just spent five weeks in rural Argentina so ... that has been a great learning experience for us all as well.

And I think just having to break out of our little LAMP world to solve some of these scalability problems with new frameworks, etc. has been interesting.

What's next for Sync2CRM

We continue to fine tune the backend. We want to implement some ideas to improve the match rate between Infusionsoft contacts and Facebook. We have an external API for our app on the roadmap. And then listening to the users to see what else they need to help them grow their business with Facebook advertising. 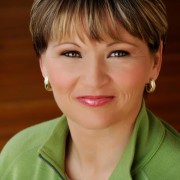