We took on the Survivor: Mars Lava Tubes challenge:

"Develop a game allowing players to explore lava tubes on Mars. Astronauts might one day use lava tubes for shelter from dust storms and space radiation, which are dangerous hazards on Mars. The lava tubes can also be used for exploring underground access to resources. The game could be searching for lava tubes with real data and/or building a simulated community within the lava tubes highly dependent on local resources. The challenge in developing this Space App will be in learning about lava tubes, how to access and utilize NASA’s Mars datasets, and how a future Martian might survive with minimal to no resupply from Earth via Massless Exploration."

Ten astronauts land on Mars with ten robots, limited supplies and fuel. Their mission? To explore Mars, utilize its labyrith of lava tubes, and develop a self-sustaining colony for future emigrates of Earth. It's a dauntless task, building a colony with limited resources, while exploring the mysteries underground in the tubes. It won't be easy; many perils like dust storms and solar flares will threaten their survival. But the future of the human race is at stake. Can they survive?

An isometric 2.5d real-time strategy game where players instruct astronauts and their robots to mine for water and ore, farm for food, and seek shelter in lava tubes from dust storms and other perils of living on Mars.

Why We Chose This Challenge

Our goal was to build a fun, entertaining game where players could experience what it might be like to live on Mars, like we hope to one day. Utilizing the lava tubes on Mars gets us part of the way toward building a sustainable habitat there. What's left is what we bring with us and what we make using the resources already there. What will your Mars Lava Tubes colony look like? 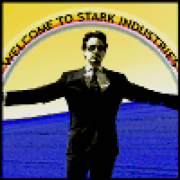