We wanted to make a game, but run into two problems. First, none of us knows how to make one. Second, we each only knew how to develop on one platform. Thus, SuperDuperCrossPlatformCloudGameEngine is born.

It allows game developers to build a game in python using our cloud framework, deploy it to our Google Cloud game server, and run on both iOS, Web, and more platforms to come.

We did the following: 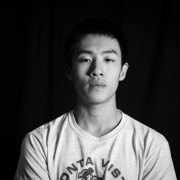