We built this game for Ludum Dare 34.

We built this game over two days using Unity under the game jam theme: 2 Button Controls

We were looking for building a simple fast pace game in 2D using Unity. It turned out to be a pretty fun game which we are proud of!

Having a big team got us a bit ambitious, we were aiming for a full multiplayer game with networking and AIs. We had a programmer that spent all his time trying the unity networking system and have it working. At first, it was pretty fast to have a sample of the game running in network. As the game design was evolving, the default NetworkManager system was not working anymore and we had to change it; we wanted to support multiple local player while doing an online multiplayer game. All our game got broken by the networking system and it slowed down the development of all the team. We spent many ours in a broken state. Eventually we reverted the networking and have the programmer work alone in its branch and only submit when it's all ready. But Sunday night (when we ended our jam), he had it working, but we hadn't time to integrate new UI, flow and test it accordingly. Sadly we dropped the feature.

The game is actually fun to play! AI are challenging and we even almost had networking in, which is impressive in only two days. It feels like our game is complete and is enough polished.

Even if it's simple to have a working sample of a network game with Unity, as soon as you go off the usual path, it gets a lot more complicated.

Having a big team has advantage and disadvantage. We can produce a game with more feature and have more resource to prototype mechanics. On the other hand, we spent way more time discussing the game before agreeing and source controlling assets so we don't work on the same stuff. Often it happen that we synced and got broken by someone else.

What's next for Super Soaked

We hope to spend an extra day at some point to integrate the networking / matchmaking in the game. 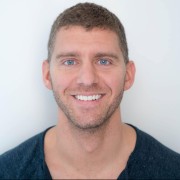