Inspired by the rhythmic nature of classic fighting games, we decided to tackle some of the problems that traditionally make electronic music production and DJing tough for an outsider to get into. We wanted to create a tool that people could use with their friends, removing it from the solitary experience we so often see. We wanted to make it accessible to people without tons of money for expensive hardware, and to make it easy for people who might not have the experience with DJ'ing tools to pick up a controller and get going.

At it's core, Super Beat Fighter is a game played with traditional video game controllers that allows for control and manipulation of live audio streams the same way expensive DJ software does. Your actions and combos in the game create and modify the music, allowing for a collaborative improvisational musical creation experience.

We used Unity, Max/msp, Ableton Live, tablets and styluses, and a little bit of Red Bull to create a pipeline where input from Xbox One controllers simultaneously controlled the characters in the game while generating MIDI data which was used to modify the music.

Building the pipeline, we ran into issues with the complexities of creating a seamless and synchronous experience- It was the challenge of simultaneously developing a video game and a piece of music software in under 15 hours, and having them work together.

We were able to build a working prototype with full controller integration to both Unity and Ableton Live in under 15 hours- we're very happy with that!

We learned making something that you are excited about (and that other people can get excited to share) is an amazing experience we all want more of!

What's next for Super Beat Fighter

We will continue to work on Super Beat Fighter, both for our own 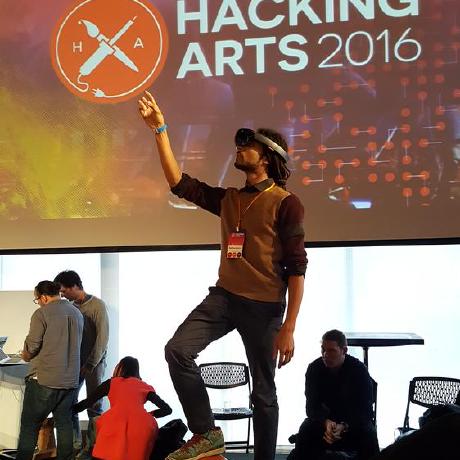