As loneliness is a well-known issue among youth and students, and one that is increasing exponentially due to COVID-19, we figured that it was up to us, as students ourselves to find a solution. According to Cigna's 2018 and 2020 national loneliness study, younger generations are experiencing loneliness at an epidemic level. In a 2017 survey by the American College Health Association, 64% of nearly 48,000 college students said they had felt “very lonely” in the previous 12 months. Not only that, the onslaught of COVID-19, has had a significant adverse effect on students’ mental health. In a new survey commissioned by the National 4‑H Council, 61% of students report that the COVID-19 pandemic had increased their feelings of loneliness. With virtual learning becoming more common-place, many students find themselves lonelier than ever with the lessened interactions with peers, the increased difficulty of meeting new people, and the noticeable lack of company while doing schoolwork at home. This studying by oneself, especially for long periods of time, can pose to be a monotonous activity. Not surprisingly, many students report that the desire to procrastinate is much stronger.

Our solution, StudyNext, is a social application that allows students to continually and easily find new study groups and study partners with whom they can break the monotony of self-studying, decrease procrastination, and enjoy learning.

Using a proprietary algorithm that takes in factors such as age, education level, study habits, personality types, and more (all of which are recorded in an initial survey and profile creation), StudyNext provides a list of potential study partners or groups, which users can look through to find optimal study buddy(s). Once users find a favorable study buddy, they can arrange a predetermined time (which increases student responsibility and lessens procrastination) for a coworking call, hosted through the StudyNest web application for digital security and safety. During the video call, users are able to access everything they need for their study session including a text chatroom, a digital whiteboard for drawings and images, and even a music bot for some focus music! The users can also friend their previous study buddies on the StudyNest platform and organize future sessions on or off the platform. Realizing the importance of having good peers, we have implemented a post-session rating feature where users can rate their study buddies on compatibility, which is not shown publicly and only used to refine the algorithm to better the experience for every user. This ensures that users most often work with the people that motivate and inspire them. As an additional motivating factor, StudyNest gamifies the studying experience by allowing users to earn points (for which there is a public leaderboard) and achievements through studying and coworking via the StudyNest platform. With StudyNest, users will stay on top of their studies, while having fun and meeting new people across the world!

StudyNest’s proprietary algorithm was implemented using the Castell’s 16 Personality Traits and the dataset found on kaggle.com. With the dataset’s fifty-thousand unique data row values, it was possible to generate cosine similarity values from the complex yet integrated data. Using the cosine similarities, StudyNest implements the Rocchio Algorithm which averages the cosine similarities to retrieve the centroid values of similarity in relation to the rest of the dataset. The Rocchio Algorithm allows for the creation of the training/test validation sets that consist of the 167 shaped input data as the training and the centroid float values for the validation set. Fitting the data on K Neighbors Regressor from sklearn enables StudyNest to predict the centroid value in relation to the training data on a new set of input data. StudyNest proceeds to calculate the similarity in the backend by subtracting the differences in the predicted centroid closeness/similarity values between two sets of input data. Since the centroid values range from 0.85 to 0.95, a difference of 0.01 would result in a 90% personality similarity. Thus, by using the knr model, subtracting the difference between the two predicted values, and altering the similarity threshold should lead to the desired outcome of whether or not a particular pair of StudyNest users should be paired and what percent similar they are predicted to be.

StudyNest’s web platform is built using React and Firebase to optimize the platform as much as possible. Using frameworks like Bootstrap allowed us to create a clean front-end website, along with an efficient system to study with one another. We utilized libraries to make charts, provide whiteboards or documents for students to use, and token routes so only students can access it with the proper information. Not only does this protect people’s privacy, but it makes sure that you’re genuinely talking to another student, not just some bot. We use Firebase functions to deploy these routes using Express.js and also use it to send encrypted messages back and forth that only the users with the authorized token IDs can access. Overall, the web platform mainly used React and Bootstrap for the front-end development, meanwhile Express, Node, and Firebase were used for the back-end on storing data, authorizing tokens, and making sure matches filter through correctly.

One of our most pressing challenges was getting our matching algorithm to a high degree of accuracy within the time frame. Because the data set was enormous, we couldn't just train the neural network over the dataset a large number of times, or the software would just crash. Additionally, we had some more minor issues with Firebase, with the Event Listeners not connecting to our console, leading to us having difficulty storing and recalling data.

Something we were especially happy with was the fact that we were able to create a functional neural network in such a short amount of time - especially one that has a degree of accuracy of over 80%! We are also very proud of our web design and how feature-rich, but easy-to-use it is.

Because of the versatility of our project, all of our team members were able to gain deeper insights into multiple programming languages. However, our favorite part was definitely learning how to integrate all these different languages, APIs, and libraries - including front end, back end, and machine learning - into one compact and functional hack/product.

In the future, the StudyNest team will continue to improve and modernize group studying. Through continually developing our algorithms and data security, our application will be one that will become increasingly comfortable for our users. In addition, we aim to utilize virtual reality in the future to make group study from a distance seem closer than ever. 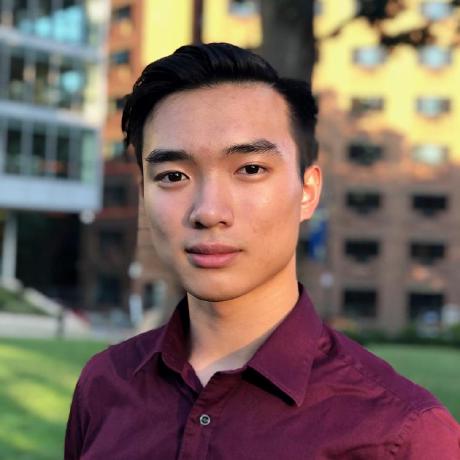