We've all been there. Two hours into a road trip, and there's no hope of service or ways to subtly harass your friends. If only there was some way to cheaply connect all the wireless devices together and play a game...

Stroids is the answer to this question: A multiplayer asteroids game that runs on NodeJS and is free of the tethers of the internet backbone. Simply power up the raspberry pi, and connect to the new wifi network that appears and you will be instantly captivated by our capture portal page that is primarily a multiplayer game, complete with integrated chat for trash talking your now former friends.

The goal of this project is to use a Raspberry Pi and NodeJS to make a portable multiplayer web game.

The raspberry pi functions as an access point, and captures all connecting traffic, routing it to the local game server, which also runs the ingame chat using websockets.

Unsuspecting friends connect to the raspberry pi, set a nickname, and can immediately begin destroying asteroids (and each other).

This repo contains the web frontend and backend used on the server.

We chose to use the Raspberry Pi as the server for this project for it's unique portability, cost, and ability to be powered using a standard micro-usb phone charger. 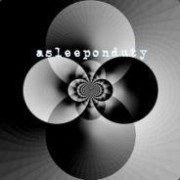