StreetCRUD is a code and table generation command-line utility for people who aren't fans of ORMs, but appreciate a kick start creating struct methods, tables, and queries for CRUD functionality. You only have to supply your structs, database connection info, and a few keywords in a text file that StreetCRUD will process. Tables, queries, and struct methods will be created or altered automatically. This allows the programmer to add methods and queries at a later date without having to wrestle with an ORM. You keep all the power, but don't have to start at level one. At this time, StreetCRUD supports PostgreSQL, JSON, and Go.

As a nice side benefit StreetCRUD can be used to easily reorder columns in Postgres tables. The documentation below may look daunting, but it's just thorough. StreetCRUD is actually quite simple and straightforward to use.

If GOBIN isn't set, you can run the following before you install StreetCRUD:

The user will need to create a text file that defines information about his or her database connection, structs (data models), and keywords. This file will be processed by StreetCRUD and used for generating go code, SQL queries, tables, and columns. Below is an example file that would add two new structs/tables and alter a third struct/table. Inconsistent spacing and capitalization are used on purpose to demonstrate that they aren't an issue for file processing. Keywords are defined below the example file.

The Following keywords need to appear at the top of the user created text file before structs are defined (one key-value pair per line). A value needs to be typed next to the keyword. For instance, [Server] localhost indicates that the name of the database server is localhost. The keywords defined below will let StreetCRUD connect and make changes to your database server. Some of the other key-values pairs will indicate package and table naming options. Keywords and their values are not case sensitive, also spaces after the "]" symbol are ignored. StreetCRUD includes an example struct files for you to test out and process. You will need to create the database, database user, and enter all relevant server information at the top of the example struct files so that they can be processed properly.

The next areas of the text file consist of structs used for code and table generation. The structs are in Go syntax with a few modifications to allow StreetCRUD to generate the proper tables and functions. four keywords appear above the struct to indicate action, table name, file name, and to use prepared SQL statements. Table name and file name can be left blank, causing default names to be used based on the struct name. Additional keywords are used at the end of each line of a struct variable. They indicate what type of column should be created in the database (e.g. [primary] to signal that that column is the primary key). Some of these keywords also cause additional methods to be generated.

Keywords Above a Struct for Generating New Code/Table

Keywords Above a Struct for Dealing With an Altered Table/Struct

The following keywords can be added to the end of a line that defines a struct variable. There can be 0 to many keywords at the end of each line. These will alter how columns are defined and what methods should be created. Below is an example taken out of a struct definition

The three keywords are [index], [patch], and [size:255] all of which are optional and are defined below.

The generated code file(s) will not be formatted, but thanks to goFMT, the code will be perfectly formatted after a save in your text editor of choice is performed.

If a new table is added and there already exists a table with the same name, the old table will be renamed with an incremented number appended. Tables that are altered will not result in the old table being dropped, but, as stated, they will be renamed. Data will be copied from the old table to the new table according to the column mapping provided by the user if an [alter table] command was executed. 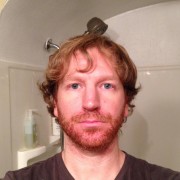