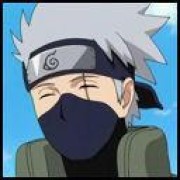 Augmented and gamified reward scheme based on base defence. (See also: Ingress)

Augmented reality app showing local shops offers, gamified to create areas of the city where people compete to capture the area to get first chance at the local shops offers. e.g. Blue team owns the upper high street, red team owns lower high street. An offer is launched at a store in upper high street, so Blue team get notified first, and red team get notified after. To own an area, a team member must stay there for 10 minutes. Other offers could be teased for both teams where an area is not currently controlled.

Offers are managed through yoyo, and emitted to the app service by pusher. The app service then uses Twilio to transmit SMS instructions to the teams Beacons could be used to create a new offer in a store immediately, or to enable power ups for individual team members (5 min capture, early warning on offers, etc) when they are in range of the beacon.

An augmented reality interface will show offers in the near area, warning where an area is going to be overthrown by a rival team.

The offers managed through Yoyo will be created via algorithms, to create a story. For example, a story could be created which involves areas been taken over and offers could trigger based on whether areas are taken over and what was purchased in the area. “Guards! The Hounds!” could trigger when a blue team member takes over a pet store, which triggers offers on dog food in nearby stores. “Clean them up” could trigger when a team member takes over two areas in a row, and triggers offers for their team in connected areas.

Yoyo could be monitoring the offers and determine a new offer related to the offer redeemed. So if an offer was for coffee and was taken by a particular number of people then this would trigger a donut offer.

Twilio is used to push alert messages to the phone when a player is not currently logged in.