The project is a simple voting app. It is hosted live here.

A user can sign-up for a voting session, entering in some simple demographic data. A user can initiate a new vehicle pair to vote against from the menu or on the home screen. The vehicles are pulled on the fly from the Liberty Mutual Shine API. Some sample stats are shown on the compare page. The data pulled from Liberty Mutual is then run against Bing Image Search to pull the first result to display. The user can then vote for either vehicle, which gets saved to MongoDB. The vote feed page shows current votes in the system for vehicle compares. Other users can then add their vote. The plan with aggregating the demographics would be to show a demographics report based on the vehicles chosen.

Using Stitch we realized we couldn’t make database queries unless the user was authenticated. Users also wouldn’t be created until they confirmed their account, so any additional fields we requested during registration would need to be decoupled and stored and applied separately after they confirm their account.

Teamwork and ability to work through the difficulties without being discouraged. We were able to finish core functionality in time.

How to work as a team together!

What's next for Stitch Vote

This was a sample of Stitch. We will likely watch it as it matures and maybe consider it for other future projects. 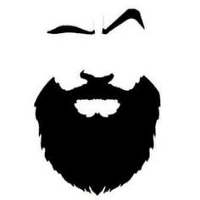