A group of people (up to 7) open the Stereogram app on their iPhones (Android app pending) and point the camera at the same subject, from multiple perspectives. If one person takes a picture, all the phones take a picture at the same time. All the images are uploaded to the server and stereoscopic GIFs (and optionally a 3D anaglyph) are generated, tagged using the Imagga API, so users can search and filter them.

The server also provides a JSON API and a basic web client so the users can list, search and see the generated images.

Syncing the phones. We thought of and tried a bunch of different approaches to trigger all the shutters:

We're proud of actually managing to build the system and getting some great results with it:

Some of our favorite stereoscopic images:

Some of our favorite 3D anaglyphs (you need red-green 3D glasses to check the effect):

How to sync multiple iphones and make them talk to each other instantaneously. How 3D anaglyphs work. People love moving pictures more than stills!

What's next for Stereogram 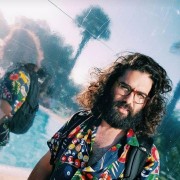 Stereogram won the Audience Award at the Hack the Visual hackathon! YAY! 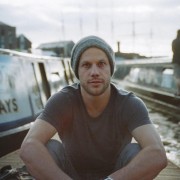