We flew in from f***ing Delhi. And we were pretty clueless in a new city. 2 weeks of planning on Google Maps had been lost in an instant of panic. That's the painful but inspirational story.

It uses the Google Places APIs to find out interesting places nearby a user's current location. We make sure Hospitals, Govt. Institutions and Emergency Services are never missed (as long as they are listed). Our lovely Meteor framework ensures that the app is real time and efficiently reactive. Plus, for those who love driving around on their own, our app comes in with powerful Voice services from IBM Watson, so that nothing stops you from exploring.

Sadly enough, its half-broken. But we tried our best.

Loads. The Internet was a mess. So was the food. After about half of the time was over, we finally managed to get our hand on some network. Then Cross-Origin XHR requests won't work (because Chrome thinks they are too insecure). By and large we fixed that. It also meant that we now shifted from the StayZilla API to Google (because it was running too slow). But the biggest blow came from Google. Our GET requests just won't work. The API key still wasn't being accepted and we had wasted precious 6 hours on it. Its running now, but just.

Accomplishments that We proud of

That we survived our third hackathon with sh***y internet. Also thanks to the StayZilla mentors for taking out the time.

Nothing new with regards to Google APIs, IBM Bluemix and other libraries. We were again reminded of how unstable Meteor can sometimes be.

The code will go in the team repository. If the judges find it worthy, maybe it undergoes further development. 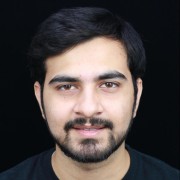