Drowsy driving is a problem that affects almost all of us at least a few times behind the wheel. The idea behind this project was to explore the hardware offered to us in order to come up with a way to characterize the mental state of a driver and alert them when they reach dangerous levels of drowsiness. To achieve this, a Myo armband as well as a Muse headband were used. Both devices monitor individual aspects of the driver, but were also made to work together in order to achieve the same end goal. The Myo armband detects whether the driver has let go of the wheel and the Muse is used to detect the level of focus of the driver. Research was done to find out what symptoms (of whose detection was possible through our sensors) were the best indicators of drowsiness. A smart algorithm was developed to interpret the data from both these devices in order to make a decision of whether or not to alert the driver by vibrating the Myo. 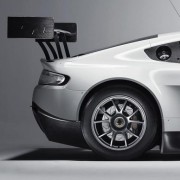