We've started with preserving artwork physically and also a real life event happened to one of* us inspired to introduce the idea of incentivising preserving, keeping a record of artworks on physical space, primarily on the wall.

*There was a person in a shared flat of five, that was on a vacation. The rest had a good time that weekend, and also used some markers to add some drawings to kitchen wall, ceramic part of it. Then dude with anger, did erased the artwork on the other time, and it was a total WTF moment for many. Anyways, that's why we are in the long term designing also indoor systems that'll incentivise such people to respect, maybe by expecting a potential earning from those.

We've just started writing contracts and main ones to hold core logic. to-be: Artists create resources for art and local/global problems that they want to support. Those resources relating to artistic styles/genres/movements will support artist residencies, maintaining of the artwork and commissioning new ones on those cities that are included.

We still need to add a few more functionality for DAOs to accept new address and we need to specify payment splitter and Rarible lazy minting. Also will implement front-end part as well with Hruday joining.

The app (lazy) mints NFTs that have also location(city), inspired music metadata and for royalty splitting, sharing a portion with two kinds of DAOs including city-genre/artisticStyle and city-cause/localGlobalProblem.

We've so far built the idea and came to a point of people will be able to and willing to work together in the months ahead.

Tech Debt: We've used Rarible to (lazy) mint artworks and IPFS to write those to blockchain. Currently not utilising Aragon but we're thinking of including DAOs in different combinations per city. Hence enriching NFT's metadata with locality gives us ability to combine a locality with artistic taste (artists/bands) and causes (NGOs).

Localizing artwork beyond city-scope was a decision of privacy as well. First, we've initiated a design rooms/house/building/neighbourhood for including people in multiple DAOs based on further localities within a city. However then via DAO membership checking, anyone would be able to correlate people living together, areas they live and linked accounts of those individuals.

Creating ways of building socio-financial and environmental cooperations on the planet, in a decentralised manner with the bridging ability of the arts and for its sustainability and initial infra for artist-residencies with intersectional and multi-cultural communities.

NFTVisionHack has been a starting of point of many to come together, inspire one another and simplify and create a vision including a long term vision. We've learned using collaborative tools learned new technology and also introducing new apps for capacity-making and solidarity. And this hackathon happened to be where we meet and manifested what we'll achieve.

Building Discords and token gated local communities. We'd like to integrate with cafe/bars and use what3words.com integration and partnership with artist-crypto coops and more. Introduce new protocols such as proof of physical existence for artwork on walls. We'd like to be empowered to realise those and also willing to focus more and build an open source project together with new ones that'd join later. Also willing to write proposals and papers around all those to also shape future of artist residencies, inter-cities cooperations and exchanges. 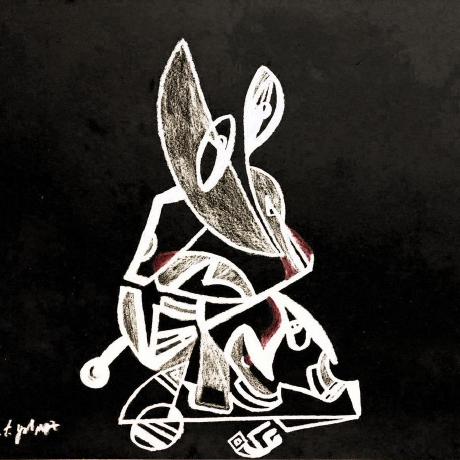