Corporate buzzwords and catchphrases are sometimes vague and meaningless, but could you generate an entire company using generated text? When working with a library for mocking data: Faker.js, an entertaining idea of a procedural startup generator was born. Today, that idea is Startify, the next big thing in startup technology.

Using a chosen industry, Startify chooses a company name and various slogans you can use to impress your colleagues and rivals. Pages are sharable and the url can be used to regenerate a quality page. A professional template allows you to show off your new site as long as they don't look too closely.

Nisarag Bhatt - React and Typescript Guru Laveesh Gupta - Man of Backend and Master of Models Drew Alexander - Coaxer of CSS and Mocker of ups From pod 0.3.2

We used Next.js to handle server side rendering and client navigation and react to build our components and pages. A natural language model was used to generate text related to catch-phrases and company buzzwords. Faker.js was used to generate mock data such as company names, people names, product names and everything inbetween.

We had originally planned to have images taken from the Unsplash API but they require applications to be registered before allowing more than 50 requests per hour which was much less than our intended load. Laveesh had also written an API to generate dynamic text based on section titles but each request would take 15 seconds and could not be run concurrently. Additionally every time the server would sleep, the URL would change meaning to keep the website working the process would have to be restarted and the address updated.

With more time to work on content and dynamic presentation I believe this project could be an enjoyable exploration into the world of corporate and startup culture.

My personal favorite feature is the dynamic company name generation of the technology company type. The name is initialised as a random word which is then reduced, stripped of trailing vowels and has a startupesqe suffix added to it. This provides quite realistic results such as Avon.io, Virtigo or Investly.

This project was all of our first foray into Next.js and we learned many new things about React and Typescript as well as dynamic CSS and SVG customisation.

The next steps are to add theme modifications to each company type to further the realism and dynamic content. We would also like to integrate the NLP text generation model either into an API or even into the client itself. 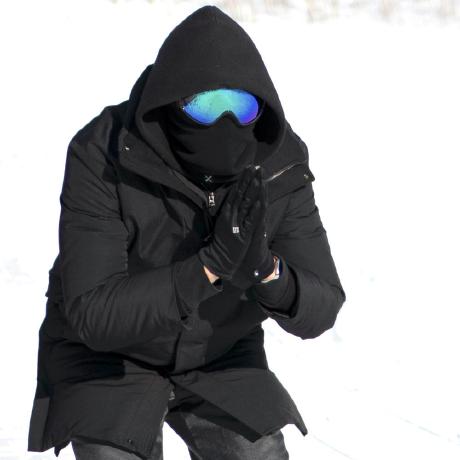