Pretty much everyone on the team loves trains. We also love space. Why not make our two passions meet?

This is a game about sending a train to space. The goal is to build up speed along a straight track by running your train efficiently. The player has to balance different tasks like feeding the engine and collecting water for steam power. The game provides a direction, but the player has to provide the drive. You don't have to steer, but you do have to keep the engine fueled with coal and water, which are both required to gain speed. You only have so much track, so you'd better hit escape velocity before the end!

This project was built in Unity (scripting done in C#) using the SteamVR integration assets as well as a mix of custom models and assets we found online. Various models, textures, materials, etc. are free assets on the Unity asset store. Most sounds are from Freesound.org and mixed with Audacity.

We had a few road bumps due to Git and Unity not always playing together particularly well (scene merge conflicts...). It was also a challenge to focus our ideas and extract the bare essentials to make a minimum viable product in the time we had.

This is best answered by each of our team members in turn: Dana: I'm really proud of the shovel behavior(fairly tight as interaction methods I've coded go) and the pseudo-infinite terrain wrapping. Carter: The UI in this game was really fun for me to create because I got to integrate it into the world to create a more immersive experience. Patrick: Even though it's not the best, I'm proud of the game's audio. It was very fun putting the audio together, and it adds a lot to the experience. Christian: Those terrains! I spent hours making four of those and adding in every little detail was annoying but fulfilling when I saw it in the actual game.

Again, this is best answered individually: Dana: I learned a bit about shaders and had a chance to sharpen my math skills. Carter: I learned a lot about modeling pipeline and version control with git. Patrick: I learned about some challenges of VR game design; it's harder than it looks. I also learned some basics of Blender from Carter, which was a lot of fun! Christian: This was my first major project and I learned a lot about layering textures and accessing the Unity Store. Outside of the game there was a lot of behind-the-scenes interactions that added depth into the experience, including Git Commits, gameplay decisions, audio, and Vive realigning.

What's next for Starshot Express

Of course there are some bug fixes and general polish that could definitely be applied, but we discussed other complications we would have liked to add, like alien spacecraft chasing you that you have to outrun or fend off. We didn't have time to implement these extra features, but the goal of adding them would be to add a bit more urgency to the experience as a whole and make the ending in particular more satisfying. 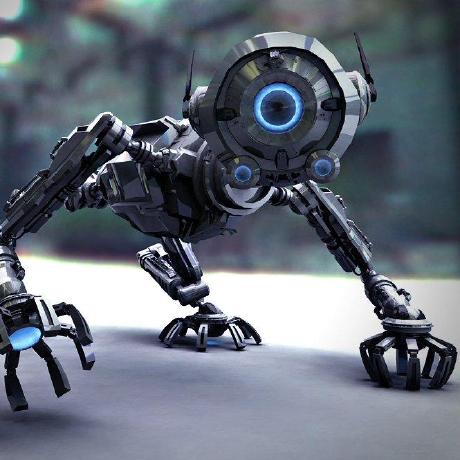