One calm, winter morning I was sitting at home, socially distanced and alone, and thought to myself, "gee, if only there was a way that I could compete against myself in a staring contest."

Introducing 'Staring Contest': the only game that allows you to compete in a head to head battle against your own eyeballs. Try over and over to painstakingly beat your own record.

I had to learn how to use CMake, which was pretty tough. Once I got past that hurdle, it was easy to just start sorting everything out into different classes. I started with the image rendering/eye detection and then worked my way out into a GUI that can actually close. (OpenCV native guis can't close well for some reason.)

So, I'm a pretty awful programmer. The only stuff I really know is what I learned through school and I didn't even know what a hackathon was until a few days ago. The original plan was to actually create a type of game or application that, you know, has a purpose. Although I'm proud of what I made, it could've been way better with more time.

The ability for SFML and OpenCV to interoperate was something that I spent a long time on, and it was a bit of an "a-ha!" moment when it finally worked. I think it gave me a much better understanding of how c++, a language I didn't really know that well starting off, really works under the hood.

This project gave me a much better understanding of how object-oriented programming works, how to work with external libraries, and how to package and distribute an application.

What's next for Staring Contest?

Right now, the premise of the game is boring. I was thinking about adding a whole shop-currency system, similar to that of Cookie Clicker or other idle games. Also, it takes a long time to load and is built in a terribly inefficient manner. I would probably spend a little bit of time on optimization, which is something I thought I would never have to do until I actually became a good programmer. 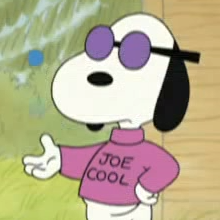