What did you build this time, Miles?

This is a Sublime Text 2 plug-in. It Googles and then implements Stack Overflow answers for you in an incredibly convenient manner. This program can be used to turn pseudocode into a rough program in almost any language, as well as providing quick debugging assistance to caffeinated engineers.

Why would you want to do that?

The oft-heard statement which insults the modern day coding struggle goes something like this: "Programming a.k.a Googling Stack Overflow". I realized "Hey! That is most of what I do. That part of programming is so easy my computer could do it." So this is what I made. I believe that eventually, editors will do much more of the debugging work, and hopefully will be capable of building an efficient program from pseudocode. This program is a first step.

What was temporally expensive?

The sublime plug-in API is very simple and easy to use but has incredibly limited features. Thus in the future it is advantageous to switch to another GUI system, such as Qt - something I struggled to implement thus far in Sublime's strange plug-in environment.

What is cool about this program?

Using a bit of programming intuition, I can turn pseudocode into working code in almost any language!

What's next for GSO?

•Better GUI (I spent the bulk of my time trying to incorporate Qt, which is much needed over sublime's default two-button message boxes) 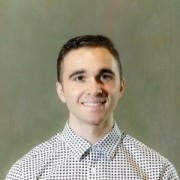