Donating to worthy causes is not inherently social... right now no matter how you contribute (private donation, kickstarter, indiegogo), payment is a HASSLE for the user and letting your friends know you donated is an afterthought. The idea behind iContrib is that contribution to worthy causes should be frictionless as possible (what's easier than writing a tweet?) and everyone should know you donated be default.

With iContrib, you donate to a cause by simply writing a tweet: "@IWillContribute $5 to #buildASchool" or just pressing the retweet button.

Currently, donating money to charities online is a pain. We wanted to make this experience as frictionless as possible. For both the person who creates the campaign, and the person who wants to contribute to it.

We used braintree as our choice of payment api. Django app to support twitter authentication, hosted on heroku. Postgres db We have a separate server to support the twitter streaming api, and created a twitter bot to send out tweets to the person who wants to contribute to the campaign. 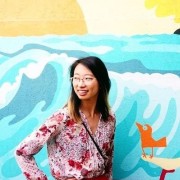