Yeah, it's another bike finder app. And yeah, it uses Tornado and Android. Again.

(No Arduino this time, though!)

Last year, I came to Hack the North with an idea for a hardware device that anyone could drop into most conventionally-sized bike frames. Using GPS and GSM (which is accessible, has better coverage than most other technologies, and usually dirty cheap) over Twilio, a cyclist could use a "Find My iPhone"-like interface to track down their bikes.

While my teammate and I worked tirelessly and came up with a great, mostly-working software backend, the hardware proved prohibitively expensive, so that idea was abandoned over time.

(That project's still available, albeit on indefinite hiatus, on GitHub and on Devpost.)

This year, I've got a pure software alterantive. SpokeTooSoon allows a cyclist to report a solen or missing bike with the last time/place it was seen and an arbitrarily accurate description. After that, other users of the app passing within a certain distance of the point where the bike was last seen get alerts pushed to their phones with descriptions of the bike.

If they see the bike around, they can report a sighting; enough sightings can help the original owner track down their bike.

In the medium term, I'm also hoping for adoption by people purchasing second-hand bikes through Kijiji, Craigslist, and similar sites, so they can make sure that the bike they're buying isn't stolen property. 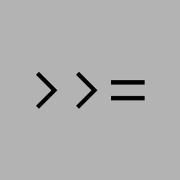