Spelling is a skill that requires practice and we wanted to make that practice fun Most of the spelling apps focus only on typing the letters. We wanted to amplify the educational benefit by making the user practice his handwriting skills as well as his spelling skills

After the first proof of concept we couldn't get our hands of the game, it was addictive to us even when we knew how it works :)

There are very powerful APIs in the world and the only limit in creating new apps, new workflows or new solutions, is not computing power, it's our imagination.

What's next for Spell Script 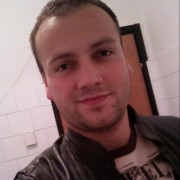