The idea of Speed Dial popped into my mind after I was faced with an accident in 2012. While working as an iOS developer after my graduation, I was knocked unconscious after falling off a motor cycle. A few seconds before I blacked out, I struggled to search for my brother’s phone number in my iPhone’s contact directory. He is a doctor and lived nearby at the time. This incident led me to search for Quick/Speed Dial Apps in the App Store. To my disappointment, I could not find any which were intuitive and had good UI. There were few which were paid but not updated for more than a year or two. So I decided to make a ’SpeedDial’ app of my own. When I mentioned that idea to my employer at that time, Jay Shenmare at Pragma Infotech, he really liked the idea and asked me to work on the app.

My decision to not put advertisements in the app and release it for free meant that there was no immediate source of income unless I added premium features. So one challenge was to make Speed Dial look incredibly simple, clean, and beautiful without hiring a designer as I had to avoid costs for a product which I was not sure would be hit or miss. The logo of the app was created by my ex-colleague and friend at my previous work company, Tarun Sharma, who did not charge for the logo design. For version 2.0 of Speed Dial I decided to make some changes to the logo and make it look compatible to iOS 7’s flat design. My cousin brother, Jaimin Patel, who works in a field of Biotechnology but also as a part-time photographer, helped me re-design the logo.

What's next for Speed Dial for iOS

More amazing features which people would love and have been requesting. 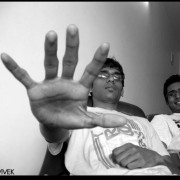