We were inspired to create a english learning APP

I analyzes speech and returns a transcript.

What's next for SpeakEasy 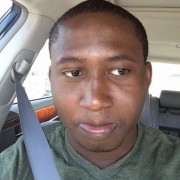