We thought space could get pretty boring without anything to do, so we made a space "station." With our space station you can:

We wanted our hack to be an unnecessarily over-engineered goofy and cool project that combined different technologies under a single metaphorical space umbrella.

Not much. We added all the space functionality we were aiming for, and we are particularly proud of how it looks. We wish the eel library worked better with pygame implicitly; our hacky workaround using subprocesses works but at a small cost to the user experience.

I think our biggest challenge was coming up with a vision to combine all these technologies into a single project in the given time. The game, AI and music player components of the space station could serve as apps in their own right, so it was pretty hectic (but fun) to plan out and implement a game, write a training model for the AI and create a music player while making sure the project looked good and performed consistently. We also hadn't built an app with such diverse sub functionalities before, so we ended up spending a fair bit of time learning how to get them to work together. We also spent a little bit of time debugging differences in the app when running on Windows vs Linux. 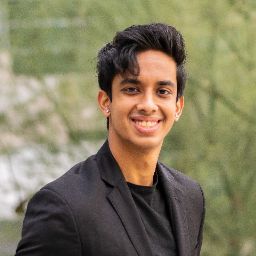 This isn't really an update but I forgot how to mention the steps to run the app.