What is SpaceBot - The Slack Bot for Space

Spacebot is a Slack bot that you can interact with to view images and information about space. It makes use of information from NASA including their ever popular Astronomy Picture of the Day and mars rovers data.

spacebot adds a new /spacebot slash command to your slack channels to allow you to easily see new and interesting images about space, astronomy, mars, and more. See the usage section below for details on the lists of available commands.

Please contact me or open an issue if there is a command or data you would like to see added.

Click the button below to add spacebot to your slack channel and get started.

Please see the instructions page that lists all the commands available.

Sample command - Run the following command to see images from the Opportunity rover atop the highest peak it has climbed to date: /spacebot rovers photos opportunity navcam 4332

Spacebot is set up and run with a serverless tech stack. This project is built upon AWS Lambda using the aptly named serverless framework for function management. 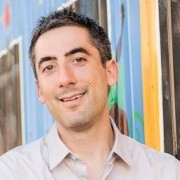 I just added support for saving APOD images to Favorites via an interactive message button. The next features to implement will add this feature to the rovers photos and then to allow you to view your list of favorites.