Research has shown that many pets are social creatures that need to have healthy social circles. In our urban society, many pets do not have the ability to interact and play with their peers. This is a very serious situation. A happy pet is a healthy pet and a happy pet results in a happy owner!

We want pet owners and pets to be able to network with each other. Ideally, the program will make every client take a survey which will suggest and pair them with the ideal playmates for their pet. Each owner creates a profile for their pet(s). After each playdate, the owners will rate the experience so the bad dogs and the bad owners will get filtered out ensuring a nontoxic environment for the application's users.

We used react for the web framework. Semantic UI for the UI framework. We used firebase for email authentication and firestore for our NoSQL database. For the title tag and the site logo we used GIMP and obtained our images legally from Google.

Originally we planned to incorporate additional features such as Instant messaging between users that matched as well as a survey feature that would assist owners in finding the ideal playmate for their pet. We attempted to implement Google Vision object recognition to ensure that the pictures uploaded by the users were dogs. We were unable to implement all our ideas due to the time constraints as well as other difficulties. For all of our team members, this was our first Hackathon and our first time using React/any web framework. Some of our greatest obstacles were figuring out how to use asynchronous programming (dealing with Promises) as well as errors raised while trying to access image modules from javascript.

Although we were far from our initial objective we were pleased with the UI design. We felt that our UI was decent, considering that we started from scratch yesterday afternoon. We worked together and communicated in spite of the fact that it was our first Hackathon. We also almost managed to complete the bare bones of our project using a programming language and devtools that we not familiar with at all.

We learned that using React was much more difficult than using other frameworks such as View.js and angular. We also learned how to UI design, using tools such as Semantic UI as well as HTML, CSS, and GIMP. Despite our different experiences, we were able to delegate work relatively effectively, making sure that we were productive and that nobody was distracted/idling at any point.

What's next for Soul Woof

We would like to implement our original design features after Citrus Hacks. We believe that this application has great potential in the industry. Some brief research shows that this industry of helping pets find friends is mostly untouched. We hope to create not only a new market but a new culture that helps create a prosperous and tightly-knit community of pet owners. 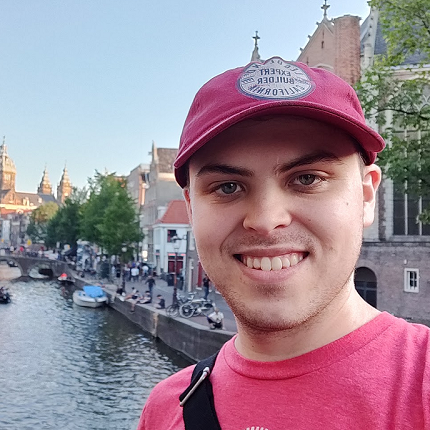