Sonar is an iPhone application that uses Bluetooth low energy connectivity to help you discover and share music with people near you.

As opposed to other products that show you what's popular in your country or state, Sonar connects you with people on a much more personal level, creating a playlist built on only those you've actually encountered.

This project was inspired by the common experience of seeing someone else enthusiastically listening to music using earbuds, and wondering what they were jammin' out to.

Sonar accomplishes this through taking whatever you're currently listening to (or the last-listened song), and adding it to the playlist of whoever you pass. Inversely, whatever they are listening to is added to your own playlist, along with when, where, and an extremely minimal bio.

After each day, everyone has a playlist from that day filled with songs from people they've passed & places they've been. Each day is archived for later viewing.

Sonar allows for you to:

We built Sonar firstly because we thought it'd be incredibly cool, and secondly because it would enrich our lives in a way we all found relevant. We hope you'll feel the same way. :)

PS: We're also applying for the Best Use of Parse challenge, though it does not seem to be an available option under "Sponsor Prizes." 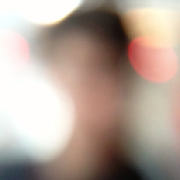