We really believe that VR is going to revolutionize our world and building an app for the Oculus Rift is a great way to both broaden our skill set and participate in the Virtual Reality community. In addition we both wanted a new way to enjoy our music listening sessions.

Sonasphere process any audio file, analyzes and isolates key elements in the music to represent visually in an immersive VR landscape.

We separated the audio into over 2000 frequency buckets, performed real-time processing on them. We then created Heuristics which allowed us to differentiate between major sections in the music (Bass, Vocals, Treble, and Snare). Finally we mapped these to meaningful objects within our VR scene using Unity. Using Unity's flexible export features we were able to port this to by viewed in the Oculus Rift and Google Cardboard. 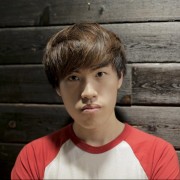