When loading DEMO, after hitting "Enter" give the screen 10-15 seconds for the "Built with Unity" logo to pop up, and then you can proceed to enter your name and join SOMNIUMWAVE. Game controls listed at the bottom

SOMNIUMWAVE is an open world multiplayer blockchain game designed to reward players for owning SOMNIUMWAVE NFTs and interacting with others in the metaverse. These NFTs represent in-game assets such as virtual plots of land which are home to buildings/art galleries, which can then be used to showcase your favorite SOMNIUMWAVE NFTs in real time to other players.

As a kid my two favorite games in the world were Super Mario 64 and especially Banjo Kazooie on N64. Growing a bit older, it was all about GTA Vice City, then GTA V, etc. So as a grown adult I began to think about creating an experience for SOMNIUMWAVE. I suppose it's sort of being a mixture of the games I enjoyed as a kid, as well as the new stuff that's out now.

Of course with the power of the N3 blockchain, that takes this idea to a whole new level that I could never even dream about as a kid. What a time to be alive.

Unity was our choice of game engine. In addition to the browser build, a seperate Windows/OSX build will be available for higher end machines which will have significantly higher visual fidelity.

As simple as it may be, we're really proud of getting multiplayer and chat functionality working. We learn as we build, and we're building a solid foundation to continue pushing the experience to the limit. Integrating NEO N3 will be a very exciting, fun, and very challenging task up ahead. But we're definitely up for it.

The sky is the limit with creativity. Moving from a 3D software into a game engine was probably the best decision ever made with this project. We're extremely excited to be pushing in a new direction, while still keeping the original SOMNIUMWAVE vibe going.

Development of a large scale game map divided into specific sections(or plots). Game assets such as map/radar, art galleries, vehicles, weapons, are also in production at the moment. We will begin figuring out how to tie in game assets to NEP-11 NFTs, so if an owner owns a NFT of a certain plot of land or vehicle, it will show up in their own online game inventory and will be owned by them until sold to another player.

We will soon begin to prepare for the $SOM token airdrop to all previous SOMNIUMWAVE NFT holders in a more systematic and automated way so that nobody is left out and we ensure everyone begins receiving $SOM for supporting the project.

Do NOT try to change pages (Going to SOMNIUMWAVE home page) while running the game. It will result in an error and freeze the game. Feel free to reload the page if this happens. We're working on fixing this! :) 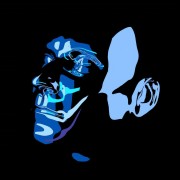